It’s the Luckiest Day of the Year! 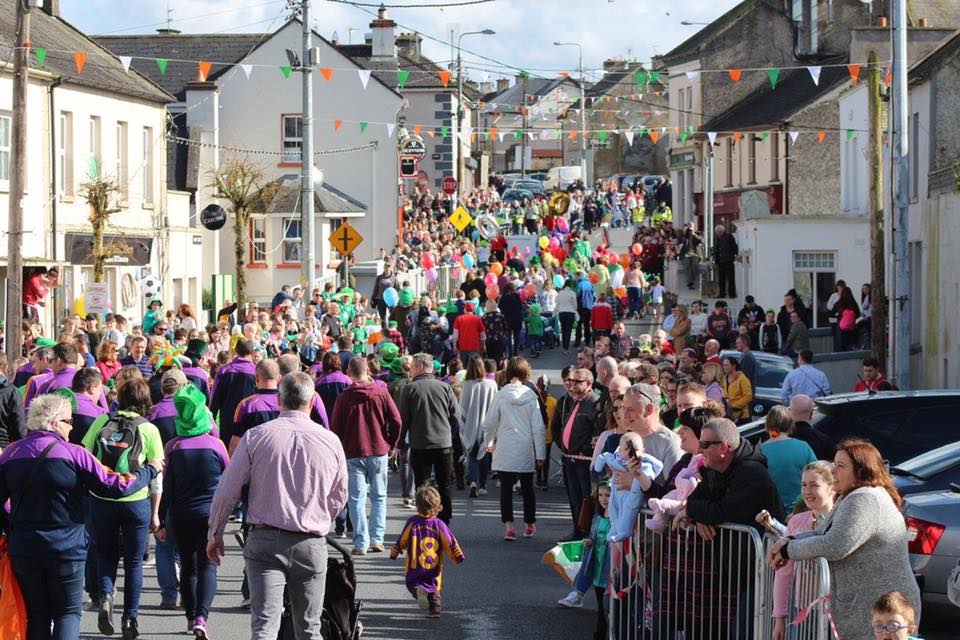 Each year, on March 17, the Irish and Irish-at-heart celebrate the patron saint of Ireland. In the U.S., St. Patrick’s Day serves as a valid excuse to pinch people not wearing green, say “Kiss me – I’m Irish”, drink green beer and attend parades. To honor St. Patrick’s Day the right way, the MECO Ireland office gave us an inside look at the way they celebrate their favorite holiday and also a few trivial facts you may or may not have known about Ireland.

MECO has been operating water purification units in Ireland since the 1970s. We have had numerous installations but officially made Limerick, Ireland a home base in September 2015. Ninety-nine percent of the employees in the MECO Ireland office are Irish natives who hail from various parts of Ireland, including Cashel, Ennis, Limerick, Newport and Tipperary, just to name a few. 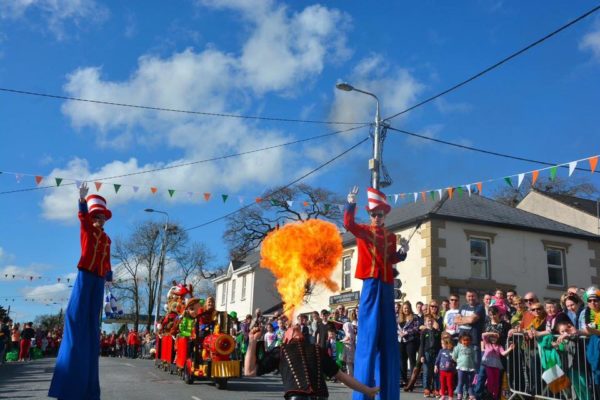 THE PRIDE OF THE IRISH

MECO Ireland’s most favorite thing about St. Patrick’s Day is, obviously, being Irish. Many employees commented that they have celebrated the holiday around the world, but that there is no better place to celebrate than at home where Éirinn go Brách (“Ireland Forever!”) is cheered proudly.

The St. Patrick’s Day parades in Ireland are much like others around the world, only more Irish. The Irish version features the traditional floats, and marching bands and, of course, the throwing of the cabbages. Frances Ryan, Downstream Coordinator for MECO Ireland, is on the parade committee for her hometown of Newport. The Newport parade celebrated the holiday a week early with 40 floats and four marching bands. It’s tradition to have a grand marshall in a parade, and this year, Newport’s grand marshall was local athlete Sharlene Mawdsley. Mawdsley represented Ireland at the U20 World Track Junior Championships, where she came in fifth place, breaking the Irish record. She is also the National Junior Women’s & U23’s 200m Indoor Champion.

Another Irish tradition is to place a statue of the Child of Prague outside of homes the night before the parade for good weather. This is common before Irish weddings, too. “I lost count of the number of statues outside,” reflected Frances, “The weather was gorgeous! Seems like it works every time!” 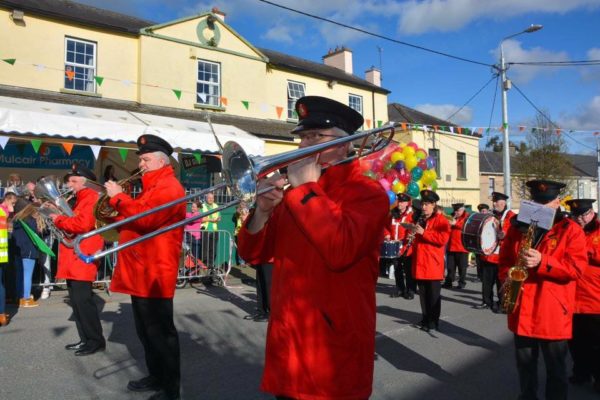 One of the marching bands in the Newport, Ireland St. Patrick’s Day parade.

“IT COULD HAVE BEEN ST. MAEWYN’S DAY

According to Irish legend, St. Patrick wasn’t originally called Patrick. His birth name was Maewyn Succat, but he changed his name to Patricius after becoming a priest.”1

The word “shamrock” comes from the Irish word “seamróg,” which is the diminutive form of the Irish word for clover (“seamair”).2 “Saint Patrick used the three-leafed plant as a metaphor for the Holy Trinity when he was first introducing Christianity into Ireland.”1 The luckiest shamrock is the four-leafed clover.

If MECO had a shamrock to reflect our company values, the four leaves would represent sustainability, manufacturing, service excellence, and innovative engineering expertise.

In conclusion, MECO would like to wish a Happy St. Patrick’s Day and the Luck of the Irish to our customers, friends and family! Cheers! 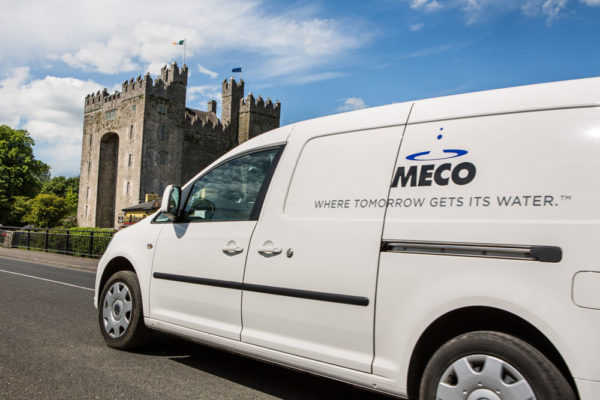